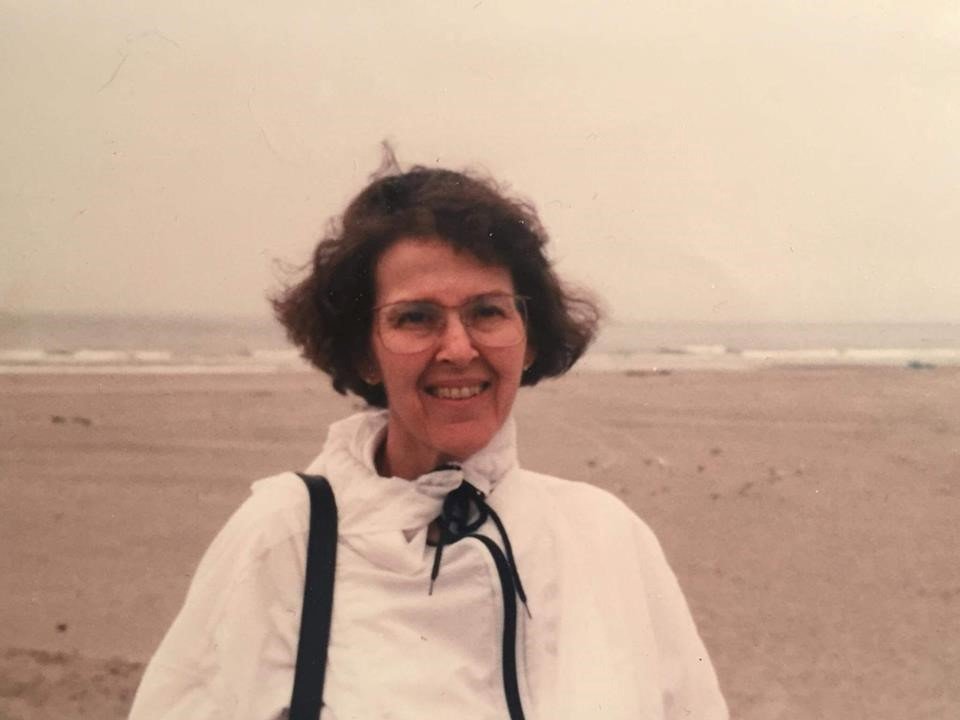 Please share a memory of Jean to include in a keepsake book for family and friends.
View Tribute Book
Obituary of Jean G. H. Jones Jean Gilchrist Haas Jones, 81, of Pottstown, PA, died peacefully at home on Saturday morning, September 22, 2018. Jean suffered a series of strokes beginning in January 2018; her husband of 52 years, Walter, provided incomparable home nursing care in the months between the initial stroke and her eventual death. Jean was born Jean Gilchrist Haas on May 7, 1937 in Manhattan, New York to John George Haas III and Jean (Potter) Haas. She spent her childhood alternating between her family apartment on East 14th Street and, when her father (a captain in the United States Navy) was away at war, her maternal grandparents’ home in West Hartford, Connecticut. During those years, her chief occupations were squabbling and making up with her older brother John (Jay), learning to ice skate at Elizabeth Park, and attending the Brearley School in Manhattan, where she made many lifelong friends. Jean later attended Hollins College and then, when her parents relocated to the Lehigh Valley in Pennsylvania, Muhlenberg College and Kutztown University, where she earned a teaching certificate in high school English. It was at her first teaching position, at Tamaqua High School in Schuylkill County, PA, where she met Walter James Jones of Spring City, PA. The event that drew them together was the simultaneous deaths of her father and his mother on September 22, 1963—exactly 55 years to the day before Jean herself was to be reunited with her Lord in death. Walter and Jean were inseparable from the day they met and had three children who benefited unceasingly from their caring, committed relationship. Jean’s interests included sacred choral music, particularly the works of Bach. She sang briefly in the Bach Festival Choir of Bethlehem, PA during her college years, and her voice is in the alto section of Ifor Jones’s notable 1960 recording of the Mass in B Minor. In later years, she sang with the Ursinus College Choir as well as with the choir of St. Gabriel’s Episcopal Church in Douglassville, PA, where she was a parishioner for more than 15 years. Jean also participated eagerly with her husband (a retired history teacher) in various activities of the Philadelphia Chapter of the Lewis and Clark Trail Heritage Foundation, occasionally acting with her husband as recording secretary for meeting proceedings. Jean’s other interests were, however, largely eclipsed by her intense interest in the minutest doings of her loved ones. Jean instinctively liked almost everyone and unthinkingly extended love and charity to everyone she met, especially children. High-school friends of her children automatically adopted her mentally as a “second mom”; children in the cul-de-sac where she and Walter lived in their latter years thought of her as a third grandmother. Jean, who was a home health aide for many years, also used her caregiving expertise to provide excellent care to several relatives and extended family members on both sides throughout the years. Jean is survived by her husband, Walter; her three children, Andrew (of Honolulu, HI), Jeffrey (of Phoenixville, PA), and Heather (of Elkins Park, PA); their seven grandchildren (Stella and Vincent Jones, Elisabeth and Neal Jones, and Alice, Miles, and Milena Fodor); her children’s devoted spouses, Rebecca, Joanne, and Louis; and several loving nieces and nephews. There will be a visitation at Shalkop Grace & Strunk Funeral Home, 135 Bridge Street, Spring City, PA this Thursday, September 27 from 6:30-8:30 p.m. A memorial service will be held later in the year. In lieu of flowers, contributions can be sent to: Hopewell Love, Inc., P.O. Box 396, Douglassville, PA 19578.
To send flowers to the family or plant a tree in memory of Jean Jones, please visit Tribute Store
Thursday
27
September