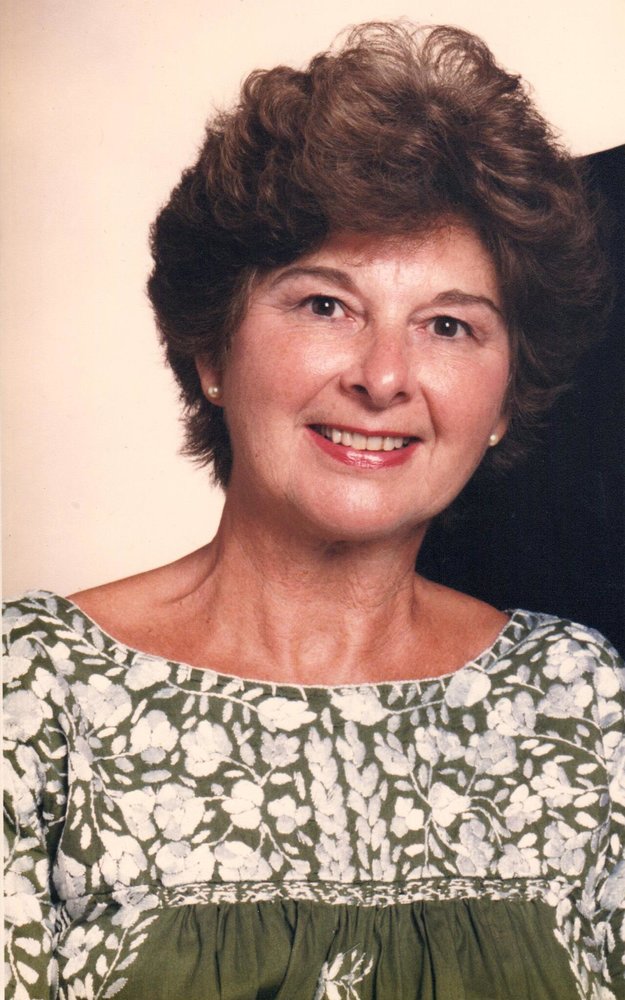 Please share a memory of L. Victoria to include in a keepsake book for family and friends.
View Tribute Book

The Brien Family share the passing of their dear Locie Victoria Brien on January 12, 2018, just before her ninetieth birthday.  Hers was a life lived to the fullest, and she brought a glowing smile, a helping hand, kind words, flowers from her garden, a pie, or a simple touch on the cheek to everyone she met.

Vicky was born on February 6, 1928, on the family’s mountaintop farm in Ivydale, West Virginia.  Though born on the eve of the Great Depression, she and her family were self-sufficient and free from want.  She lost her father, Harry Spurgeon Walker, when she was eight years old.  One of nine siblings, Vicky joined in tending the animals and crops, fetching wood for the cookstove, and carrying in water from the well.  Her mother, Amanda Ellen Walker, taught them how to make soap, molasses from homegrown sugar cane, quilts and dresses, as well as the necessary art of canning everything grown on the farm, to be stored in the root cellar for winter.  As the oldest daughter, Vicky learned to cook for the family, who marched into the kitchen hungry from their prodigious chores.  Forever after, Vicky always cooked for an army, though only five may be around the table.

Childhood memories of riding farm eggs off the mountain on horseback to sell or barter, and of her brothers being shadowed by a panther while walking to their one-room schoolhouse evoke a way of life that is fading into history.  Yet, the challenges they faced as a family and individually instilled a strength of character that defined Vicky and her siblings.  Her early life on the mountain was full of joy, adventure, music, and an abiding faith.

Following her brother, Donald, to the University of Connecticut, Vicky worked as an illustrator of publications for the University’s Department of Agriculture.  There, she also met her soon-to-be husband, Ron Brien, who was studying business administration.  When Ron was called up for military service, and posted to the Brooke Army Medical Center in San Antonio, Texas, as a medic, Ron and Vicky married, and began an adventure that would last for over sixty-four years.

After Ron completed college and graduate school, he and his growing family moved to Pennsylvania, eventually settling in East Vincent Township, near Spring City.  In addition to raising her three children, Linda, Rex and Gary, Vicky was active in numerous volunteer organizations, and assisted Ron in his legal practice.  Artistic endeavors remained an important part of her life, with an easel often perched in her kitchen.  Vicky was an avid and talented bridge player, an award-winning ballroom dancer, a constant gardener, and a world traveler.  Later in life, Vicky returned to playing the banjo.  Mastering the clawhammer style of playing, which she learned on the farm, Vicky joined a burgeoning group of old time music enthusiasts, who eventually founded the “Silver Strings” band, which performed at bluegrass festivals, fiddlers’ conventions, and other venues.  With Ron in tow as an enthusiastic “roadie”, Vickie shared the joy of traditional American music with many thousands of appreciative listeners.

Vicky is survived by two brothers, Dennis Walker and Bobby Rogers, and by two sisters, Delores Powell and Dottie Beadles.  Also surviving is her beloved husband, Ron Brien, her children, Linda Weisman of Reading, PA, Rex Brien of Swarthmore, PA, and Gary Brien of Virginia Beach, VA, as well as five grandchildren, Kayla Holod, Ian Buchanan, Kate, Wren, and Ethan Brien, and two great grandchildren, Henry Holod and Isaac Buchanan.  We all will miss our dear Victoria, and are grateful beyond words that she was a part of our lives.

To send flowers to the family or plant a tree in memory of L. Victoria Brien, please visit Tribute Store
Saturday
20
January